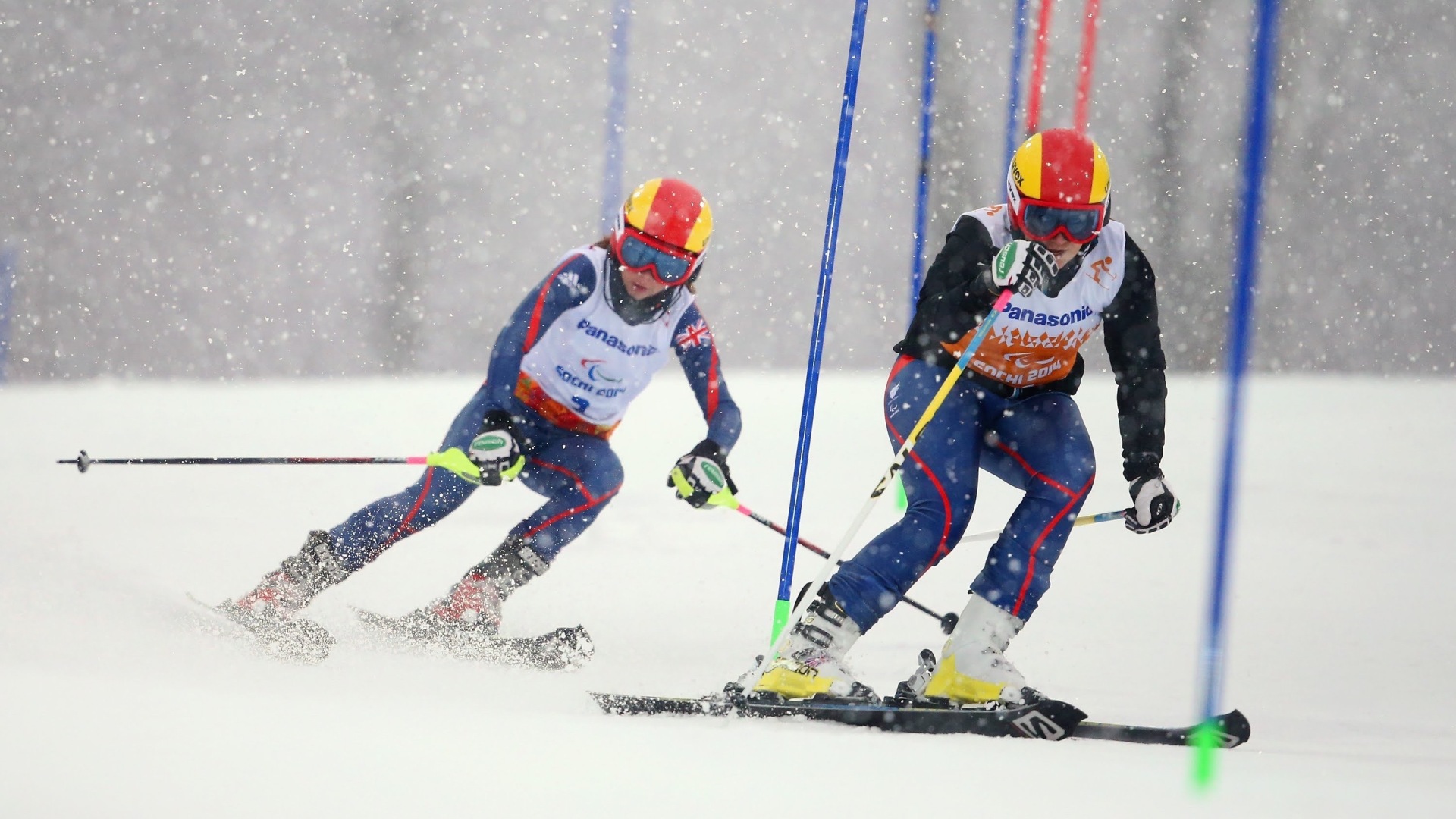 She waits for her partner to countdown and takeoff before she does. Once they are both out there in the open snow, her only reliance is the Bluetooth radio communications with her partner and the faintly colored dot she must follow to the finish line.

When we typically think of alpine skiing in major championships, the glory of the rush goes to a single person. However when it comes to Para-alpine skiing for the visually impaired, it is a different story.

A daunting task for the guide, as they are speeding through the snow in almost 105km/h. But the trust between the guide and the athlete is built through years of training together, and their joint effort and chemistry are what makes the visually impaired skiers have the guts to take the alpine slope.

Kelly Gallagher, Women’s Super-G gold medalist in Sochi 2014 Paralympic Winter Games, stated in an interview with the Telegraph that Charlotte Evans, Gallagher’s sight guide, “makes all the tactical decisions, looks at the snow conditions, anticipates the turns and makes decisions on the line. My responsibilities are to trust, to communicate how I’m feeling, [and] to have confidence in my own skiing.”

What is important to note is that Para-alpine skiing for the visually impaired is a team effort, and the sight guides are also rewarded medals for guiding the athletes to the finish line.

In a separate interview with Emma John of the Guardian, Gallagher stated, “The love and support I’ve received from my family is unconditional. And now Charlotte and I have the same in each other. It’s not just a professional relationship; it’s not business in that sense. She’s someone I care for – she’s like family to me.”

The chemistry between an athlete and a ski guide is incredible, and their performance in the Paralympic Winter Games is a testament to their inseparable group work and trust for one another.

This article was written by an official college student reporter of the 2018 PyeongChang Olympic & Paralympic Winter Games, WINNERS.
Some contents might be different from official position of the Organizing Committee.